Gi Linda is the screen name for Gillian Linda Norman, nee Brown.
After studying Psychology at Leeds University and Illustration at Harrow College of Art in the 1970s, Gillian combined work in news media with social justice activism producing audiovisuals and videos with the London Mennonite Center to support the Campaign for Nuclear Disarmament.
With a career in media and social justice activism now spanning four decades and recognition in international documentary film festivals, Gi has produced educational and promotional videos, music videos and documentaries with human rights groups, environmental groups and NGOs, including UNICEF, UNESCO, FAO, Fundacion Natura, the Guatemalan Human Rights Commission and the Honduran Human Rights Committee.
During the 1970-80s, Gi was a freelance radio news reporter for  BBC Radio and LBC Radio in London, and a staff researcher/reporter on the Day One program with BBC TV in Manchester.

Gi’s documentaries ‘The Pentagon Republic’ and ‘Honduras the Undeclared War,’ produced with the Honduran Human Rights Committee, exposed the CIA’s Contra war in Nicaragua and were broadcast internationally. ‘The Pentagon Republic’ was selected at Leipzig and Rome Film Festivals.
In Central America and South America, working as director, writer, photographer and editor, Gi produced social justice documentaries with Chilean producer-journalist Edgardo Reyes, including:
-- ‘Cruel Land’, exposing collaboration of American evangelicals with the CIA in eradication of Mayan communities in Guatemala in favor of corporate expansion.

-- 'On the Street' for UNICEF shows the plight of street children in Guatemala.

-- 'Weavers of the Rainbow' for UNESCO documents Mayan artisania in Guatemala.

Edgardo Reyes and Gi won Best Documentary Award at New York’s Global Village Film Festival in 1984 for ‘The DarkLight of Dawn’ documenting CIA involvement in ethnocide of the indigenous Mayan people in Guatemala.

‘The DarkLight of Dawn’ is distributed by Icarus Films, NY, and was selected at Leipzig and Rome Film Festivals. A segment was broadcast on PBS McNeil-Lehrer Newshour.

‘Solidaridad, Fe y Esperanza’, with the Vicaria de Solidaridad in Chile, shows the plight of the detained and disappeared during the dictatorship of General Pinochet, and was selected at Havana Film Festival and Rome Film Festival.
In Ecuador, Gi produced "Amigo Penacho", a multi-media series on environmental conservation for the Ecuadorian government.

Documentaries for environmental protection groups include:

After producing promotional videos for the Galapagos Islands National Park and the Charles Darwin Research Station, Gi produced/presented a 32-part radio series, ‘Mystery of Mysteries’ with HCJB Radio, Ecuador on evolution v creationism.
During the 1990s, based in Cleveland, USA, Gi co-produced/presented a series of video documentaries on the creation v evolution debate with American Portrait Films, including 'The Grand Canyon Catastrophe' 'Raging Waters' and 'From a Frog to a Prince'. 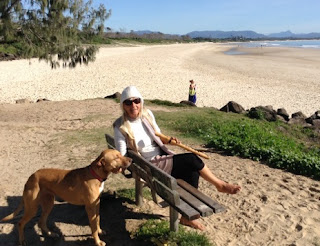 Settling in Australia in 1994, Gillian (nee Brown) was a radio presenter with Rhema FM in Nambour and Noosa Community Radio before marrying Trevor Norman. She was a contributor of articles to the online news-site rense.com, and produced a social justice documentary, ‘ShadowPlay - The Hidden Hand.’
'ShadowPlay - The Hidden Hand', revealing the hidden hand behind 9/11 and use of state-sponsored terrorism in the rise of a globalist Empire, was screened at Bloor Cinema in Toronto and 9/11 Truth Conferences in Vancouver and Sydney, but distribution was obstructed.

During 2012-14 Gi Linda produced a music video at the  Glenugie blockade of Metgasco’s fracking site, ‘Bad Gas!’, produced videos for Nimbin Hemp Embassy and was moderator of Mullum Forums and Byron Forums - discussion groups on global issues with local impact. 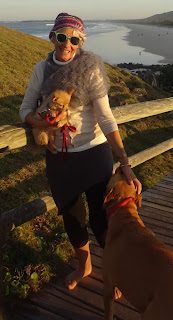